Heavy incessant rains in early August have caused serious flooding in six provinces across Central Viet Nam and its Central Highlands. With a downpour of some 10,000 mm in four days, the provinces of Dak Lak, Lam Dong, Gia Lai, Dak Nong, Ha Tinh and Quang Binh have been severely affected. Flooding in the affected areas has been the most devastating since 1944, claiming lives of 74 people and injuring 130. Total damage has been estimated at USD 130 million. The report also indicates that some 1,848 houses have collapsed and 170,656 badly damaged as of 17 August 2007. (IFRC, 3 Sep 2007) 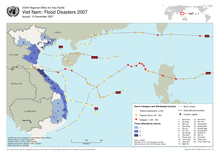 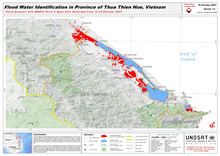 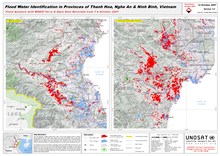