After heavy rains triggered flash floods in and around Agok early September 2011, thousands of households were affected, a significant number of whom were displaced from the Abyei crisis (OCHA South Sudan Weekly Humanitarian Bulletin, 8 Sep 2011). An inter-agency assessment undertaken in Fangak County in Jonglei State from 10-14 November to assess the impact of flooding in August and September found that 30,000 people were directly affected by the floods and some 13,000 were displaced.(OCHA South Sudan Weekly Humanitarian Bulletin, 17 November 2011). 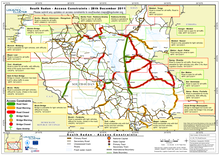 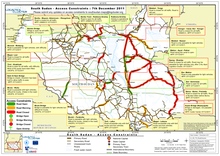 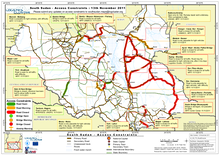