A 6.2 magnitude earthquake struck the West Sulawesi Province in Indonesia on 15 January. The Meteorological, Climatological and Geophysics Agency (BMKG) recorded 32 aftershocks with lower magnitudes in the province until 16 January morning. As of 16 January at 2 PM Jakarta time, the Indonesian Agency for Disaster Management (BNPB) has reported 46 people killed and 826 people injured by the earthquake in the districts of Mamuju and Majene. More than 15,000 people have been temporarily displaced in 15 evacuation sites within the two districts. These numbers are likely to increase as search and rescue operations and assessments continue. Heavy damages have been reported by both districts, including the Governor’s office, two hospitals, 25 schools, two hotels, a minimarket, a community health centre, Mamuju Seaport, a bridge, a TNI office and over 300 houses also sustained damages. The initially blocked access road between Majene and Mamuju is passable as of 16 January. Electricity, communications networks and fuel supply have started to become functional. Mamuju Aiport is operational. BNPB identified a number of urgent needs which include blankets, mats, tarpaulin, tents, medical services, medicines and vitamins, masks, PPE, drinking water and ready-to-eat meals, excavators and other heavy equipment, as well as communications equipment. (OCHA, 16 Jan 2021)

As of 18 January, 84 people were confirmed killed, 932 people injured, and about 40,000 people are directly affected and displaced in Mamuju and Majene Districts. Heavy damages have been reported by both districts, including the Governor’s office, three hospitals and health facilities, eight mosques, two hotels, a bridge, and over 1,150 houses sustained damages. Initial reports estimate 59 schools and 40 Islamic schools were also damaged. The Provincial Government has declared the emergency response status for 14 days until 28 January. (OCHA, 19 Jan 2021)

As of 24 January, a M6.2 earthquake that occurred in West Sulawesi on 15 January has displaced at least 94,500 people across Mamuju, Majene, and Polewali Mandar into 356 evacuation centres. According to the Indonesian National Board for Disaster Management (BNPB), a total of 92 people were reported dead, three missing, and approximately 3,300 people injured. (AHA Centre, 24 Jan 2021)

Between January and early February, Indonesian Red Cross, with support from the IFRC deployed a team to conduct multi-sectoral assessments to identify needs and map capacities in the field. The key findings were regarding to shelter, where needs for emergency, transitional, and permanent shelter support exist. The Government of Indonesia (GOI) is planning to provide permanent support to households which sustained heavy damaged houses, while other organizations were requested to support affected households during the transition to recovery. A total of 3,836 housing units were severely damaged or destroyed, 4,983 houses sustained medium to partial damage, and 6,703 houses were slightly damaged. (IFRC, 9 Mar 2021) 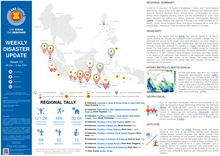 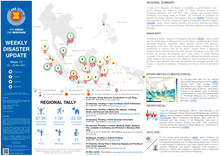 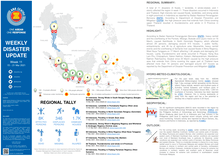