Official data released by SATKORLAK PB of West Papua showed that 4 people died in Manokwari and 1 person in Sorong. Around 250 people were injured. More than 800 houses, 34 government buildings, four schools, and 11 places of worship were damaged. As of 5 January, there wer more than 14,000 IDPs but most have taken refuge to anticipate further earthquakes while some have fled because of damaged houses.

Unofficial reports confirmed that coastal communities, upwards of 1000 people, were moved to emergency shelters during the tsunami alert and were urged to stay outside of their houses by the local authorities until the aftershocks subsided. According to Metro TV, hundreds of people fled the aftershocks in Manokwari to nearby Makodim. (4 Jan 2009) 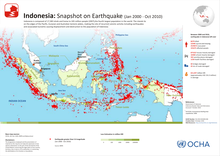 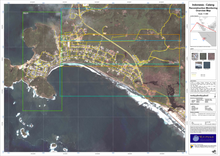