Health authorities in the Democratic Republic of the Congo declared a resurgence of Ebola late last night, following confirmation of one case in the country’s eastern province of North Kivu. A 46-year-old woman died on 15 August 2022 in Beni, a town located in North Kivu. She received care at the Beni Referral Hospital, initially for other ailments, but subsequently, exhibited symptoms consistent with Ebola virus disease. Both the Beni and Goma branches of the country’s National Institute of Biomedical Research (INRB) confirmed Ebola virus in samples taken from the patient. Analyses showed that the case was genetically linked to the 2018-2020 Ebola outbreak in North Kivu and Ituri Provinces— the country’s longest and largest. (WHO, 23 Aug 2022)

The Democratic Republic of the Congo today declared the end of an Ebola outbreak that re-emerged six weeks ago in the country’s North Kivu Province. (WHO, 27 Sep 2022) 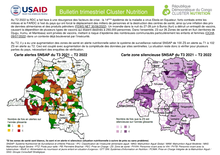 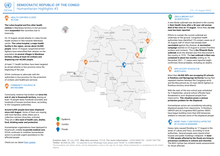 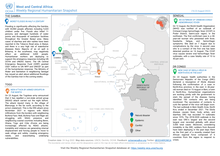