On 23 February 2018, the Uganda Ministry of Health notified WHO of an outbreak of cholera in Kyangwali refugee settlement, located in Hoima district in the western part of the country. The outbreak started on 15 February 2018...As of 23 February 2018, a total of 700 suspected cholera cases, including 27 deaths (case fatality rate 3.9%) were reported. The affected population are mostly newly arrived refugees and a few members of the host community. The most affected places are a landing site at the shores of Lake Albert and new refugee settlements in the neighbourhood. (WHO, 23 Feb 2018)

On 19 March 2018, twenty (20) new patients were admitted to the Cholera Treatment Centers (CTCs), most of whom (77%) were new arrivals from [DRC]. As of that date, the cumulative number of cases reported was 1,747 with 36 deaths (CFR 2.06%). No deaths were recorded in all CTCs or in the isolation units. The cases are from Kyangwali, Kabwoya and Buseruka sub-counties. There are no cases in Hoima municipality. (WHO, 22 Mar 2018)

One person has been confirmed dead and more than 15 others hospitalised following an outbreak of cholera in Mbale District. The assistant district health officer said more cases have been reported in neighbouring sub counties of Namakwekwe, Namanyonyi and Bukasakya (Daily Monitor, 28 Jun 2018.)

As of 20 June 2018, a total of 92 cholera cases and one death were reported in Kampala Uganda (case fatality rate 1%). Seven new cases were admitted at the Mulago isolation center, this bring the total admissions to 16. Surveillance in hot spots as well as door to door community mobilization and media engagements is ongoing in the city. (WHO, 6 Jul 2018)

As of 24 July 2018, a total of 263 cases including 9 deaths was reported from four different districts in Uganda. These districts include Kampala (92 cases and 1 death), Kween (83 cases and 4 deaths), Mbale (46 cases and 3 deaths) and Bulambuli (42 cases and 1 death). All outbreaks have been confirmed by culture, a total of 45 samples from all the affected districts have tested positive for Vibrio cholerae. Other cholera outbreaks in the country that have been recorded this year include: Amudat, Kyegegwa, Kagadi, Mbale, Tororo and Hoima. No additional cases have been reported from the country. (WHO, 31 Augl 2018) 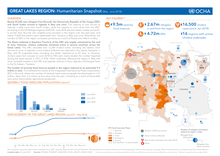 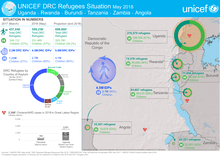 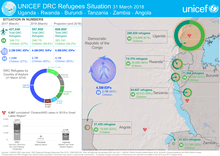