Diphtheria is making an alarming comeback in the war torn country, with 189 clinically diagnosed cases and 20 deaths – mostly children and young adults – in the last three months. Most diphtheria cases and deaths have been reported in Ibb governorate but the outbreak is spreading fast, already affecting 13 governorates. The closest points of entry to Ibb are in Sana’a and Hodeida, making it crucial that Sana’a airport and the port of Hodeida remain open. (WHO, 27 Nov 2017)

312 suspected cases of diphtheria have been reported in Yemen between mid-August and 20 December. The outbreak has resulted in 35 deaths reported. At 11%, the case fatality rate (CFR) is high. 18 out of Yemen’s 22 governorates are affected, with Ibb having the majority of cases. (ACAPS, 22 Dec 2017)

As of 28 January 2018, Yemen is grappling with a spike in diphtheria, which has claimed 48 lives in the last two months. WHO reported on 11 January 2018 that diphtheria-related deaths had been recorded in 19 governorates. Across the country, 610 suspected cases have been reported. The diphtheria outbreak occurs against the backdrop of a cholera epidemic accounting for more than 2,200 lives lost and more than one million suspected cases reported, since April 2017. (OCHA, 28 Jan 2018)

WHO reports that, as of 15 February 2018, the cumulative number of suspected diphteria cases is 1,085 with 66 associated deaths. 20 governorates and 162 districts have reported suspected cases. Ibb and Al Hudaydah are the most affected governorates. Children under the age of five years account for 30 per cent of suspected cases and for 47 per cent of dipheria associated deaths. (OCHA, 18 Feb 2018)

As of 14 April 2018, the local health authorities reported a total of 1,584 suspected diphtheria cases including 85 associated deaths (CFR=5.4%). The diphtheria outbreak has affected 195 districts from 20 governorates. At governorate level, Ibb and Sana'a are the most affected governorates. Children (<5 years of age) represent 20% of suspected diphtheria cases and 38% of associated deaths. The most affected age group is 5-15 years old representing 44 % of the cases. A cumulative total of 6,842 diphtheria contacts have been given preventative antibiotics, 142 during week 15. (WHO/Gov't of Yemen, 14 Apr 2018)

As of 24 June 2018, local health authorities confirmed a cumulative total of 1,907 suspected diphtheria cases, included 98 associated deaths with Ibb and Sana’a among the most affected governorates. Children between 5-15 years old are the most affected, representing 44% of all cases. (UNICEF, 30 Jun 2018)

The weekly number of probable diphtheria cases identified has remained generally stable over the past several weeks, according to the Yemen Ministry of Public Health and Population (MOPHP). Less than five new probable cases were confirmed during the last week of December 2018, according to the MOPHP. These levels are slightly lower than those reported over the previous month and are significantly lower than those observed since the peak of the outbreak in January 2018, when the number of probable cases identified approached or exceeded 100 cases per week. In terms of cumulative numbers, the governorates worst affected by the diphtheria outbreak include Ibb, Sana’a, Hajjah, and Al Hudaydah governorates. (FEWS NET, 17 Jan 2019)

A total cumulative of probable diphtheria cases has reached 3,543 cases, with 203 associated deaths (a CFR rate of 5.7 per cent). As of 31 March, 22 governorates and 233 districts are reportedly affected by the diphtheria outbreak. Given the onset of diseases such as cholera, diphtheria and measles, UNICEF has continued to prioritize and expand on its immunization activities in Yemen. (UNICEF, 31 Mar 2019)

A Diphtheria vaccination was conducted in 186 districts of the 12 Northern Governorates targeting 5.7 million children 6 weeks to 15 years of age in phased manner that concluded in September. A total of 2,773 vaccination teams including 1,320 fixed and 1,453 mobile teams vaccinated target children in these districts. (WHO, 30 Sep 2019)

A total of 1,147 probable cases of diphtheria and 80 associated deaths were reported from 1 January to 25 October 2020 from the northern governorates of Yemen. (WHO,24 Nov 2020) 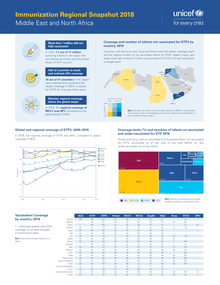 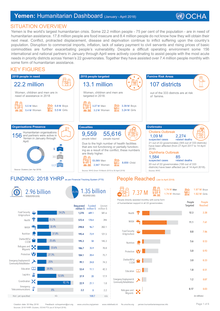 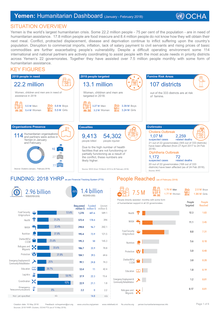