On 18 June 2017, the Nigerian Ministry of Health notified [WHO] of an outbreak of hepatitis E located in the north-east region of the country. The first case was detected on 3 May 2017 in Damasak, a locality at the border with the Republic of the Niger...As of 2 July 2017, 146 confirmed and suspected cases were reported including 21 confirmed cases...This area is characterized by a hepatitis E outbreak in neighbouring Chad and in Republic of the Niger. The ongoing humanitarian crisis and insecurity, high numbers of [IDPs] and refugees, and poor access to safe water leads to the spread of disease. There are also an increasing number of displaced persons moving back to the region post occupation. In addition, the potential cross-border contamination and subsequent increased risk of spread from Republic of the Niger and other neighbouring countries should be considered. (WHO, 12 Jul 2017)

The reported cases of hepatitis E continue to increase. As of 8 July 2017, 310 have been reported, including 42 confirmed cases. The number of reported cases from Ngala has doubled and women are disproportionately affected. The potential for the outbreak to spread to other LGAs, including Dikwa, remains high. The overall outlook of the food security situation is still poor with pockets of population severely affected by malnutrition. The hard-to-reach teams reported severe acute malnutrition (SAM) rates as high as 18%. (WHO, 14 Jul 2017)

The outbreak is concentrated in Borno State, with incidence steadily declining after peaking in week 26. The majority of cases have been reported Ngala (810), Mobbar (99) and Monguno (66) LGAs. (WHO, 27 Oct 2017) 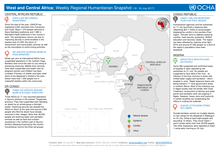 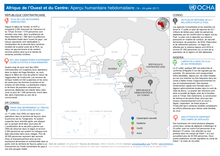