A measles epidemic that has been increasing and spreading across Cameroon, with 858 cases recorded mid-November, is now posing significant risk to remote and hard-to-reach communities. Over the past six weeks, the epidemic has gained momentum in the northern areas of the country which are currently under Boko Haram ‘control’. Of all the recorded cases, the Mokolo health district (Mayo-Tsanaga department) in the Far North region accounts for 587 cases, with a population of 211,906 inhabitants, presents an extremely concerning attack rate. The Mokolo health district is located close to the Chadian and Nigerian border, raising the risk of measles epidemic spreading. It can quickly engulf all the three countries making the situation difficult to address, given the implementation challenges experienced in the areas which are extremely insecure. (IFRC, 17 Nov 2015)

A cholera outbreak has erupted in North region. Over the past month, 36 cases have been reported, and 30 of them treated. No fatalities have been recorded so far. Preventive medical measures, treatment as well as population sensitization are ongoing. (OCHA 17 Nov 2015) A vaccination campaign was launched in the Far North region at the end of November. (WHO, 29 Nov 2015)

On 25 November, a vaccination campaign against measles and rubella was launched in the Far North region (WHO, 29 Nov 2015) 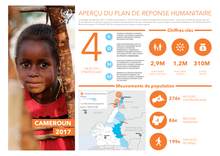 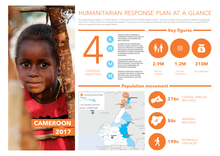 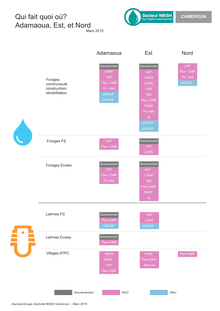