In late April 2014, three cases of cholera were reported in the Far North region of Cameroon, and involved a Nigerian family who had crossed into Cameroon to receive treatment. Neighbouring Nigeria has seen an increase in cases since September 2013: 24,683 cholera cases have been reported in Nigeria between the beginning of 2014 and the first week of July. As of 24 Jul, 1,233 cases have been recorded in the north of Cameroon. Public health officials report over 100 hospital deaths and over 100 deaths outside hospitals. Health authorities report an 18 per cent increase in caseload between 21 and 26 July. The Cameroon Red Cross warns that unless resources are deployed to handle the outbreak, there could be a repeat of the 2010 epidemic that killed more than 4,000 people. The high mobility of people affected means the disease is spreading across regions. (ACAPS, 30 Jul 2014)

Flooding in the North Region at the end of August threatened to aggravate the cholera outbreak (IFRC, 8 Sep 2014). 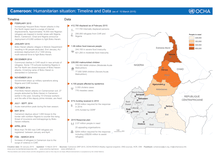 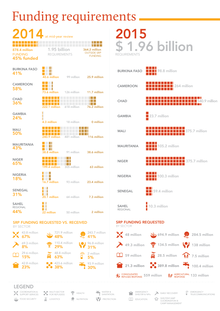 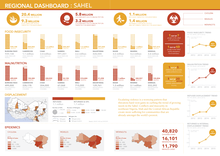