Since November 2013, Namibia has been affected by a cholera outbreak, which was initially confined to four northern regions, including hardest-hit Kunene, as well as Omusati, Oshana and Ohangwena. By 10 Feb 2014, 504 cases and 16 deaths had been recorded. The Ministry of Health and Social Services declared the situation to have “completely stabilized” on 20 Jan. On 11 Feb, the first cases of cholera were reported in the capital Windhoek, in the Katutura area. By 17 Feb, 14 cases and one death had been recorded. (UN RC, 17 Feb 2014)

The number of cholera cases reported in Khomas Region (within which Windhoek falls) rose 70, with two deaths. No new cases were reported since 23 Apr, and the last cholera patient was discharged on 26 Apr. (OCHA, 29 Apr 2014) 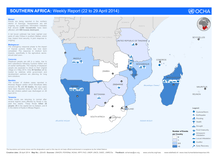 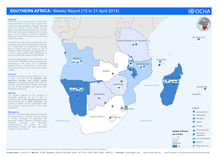 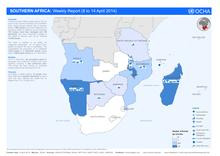