Low measles vaccination coverage continues to threaten the lives of thousands of children in Pakistan, especially in Punjab and Sindh provinces, where 54 per cent of 8,844 children assessed between January 2012 and mid-May 2013 were not vaccinated against the disease. Only 8 per cent of the children received the recommended two doses of the measles vaccine. Many of the unvaccinated children assessed by humanitarian partners developed post-measles complications, leading to 25,859 cases and 570 deaths attributed to measles between January 2012 and mid-May 2013. The number of measles cases and deaths so far reported in 2013 are much higher compared to the same period in previous years. (OCHA, 30 May 2013) 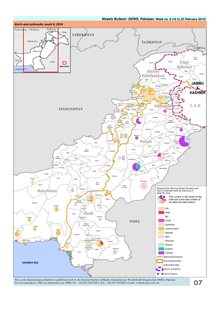 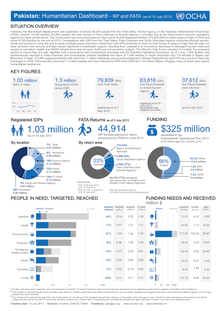 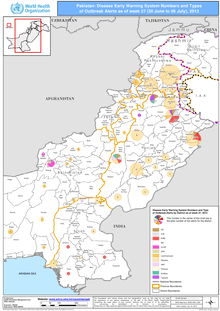