On 29 Nov 2007, the Ministry of Health (MoH) and the World Health Organization (WHO) confirmed the outbreak of Ebola Hemorrhagic Fever in Bundibugyo District in Western Uganda. The outbreak is said to have started in Kikyo Village, Kasitu Sub County after it was rumored that the person suspected to be infected consumed a dead goat on 20 Aug 2007.

As at 2 Jan 2008, the virus had spread affecting over 176 people, killing 36 people including five health workers. A total of 836 contact cases had to be monitored for a period of 21 days before being declared free of Ebola. The outbreak put the neighbouring districts/branches (Kabarole, Kibaale, Kasese, Masindi, Hoima and Kampala) at a high risk due to the uncontrolled population movements to these districts. (IFRC, 12 Feb 2008) 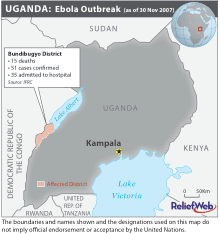 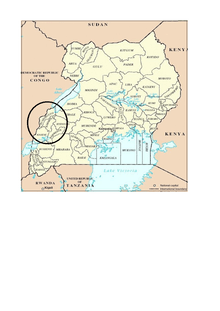