Cyclone Gafilo first hit the north-eastern part of Madagascar on 7 Mar 2004 and returned on 8 Mar 2004 as a tropical storm in the southwest before disappearing over the Indian Ocean on March 12. Termed as the most intense cyclone to have struck the country in the last ten years, Gafilo killed 172 people , injured 879 people while 214,260 were reported to have lost their homes. OCHA estimated that 773,000 people were affected. (IFRC, 23 Sep 2004) 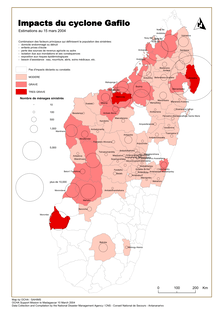 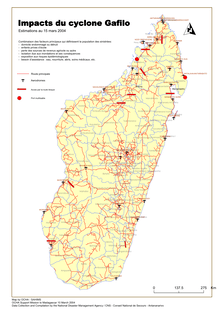 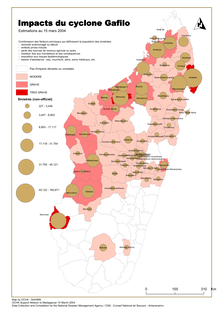